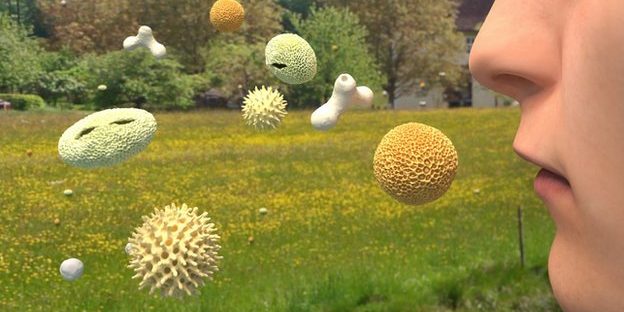 Allergens are all around us, but only some of us are sensitive to them

One in three of us is allergic. From grass pollen to latex, peanuts to pets, allergies send 20,000 of people in England to hospital every year.

But generations before did not suffer from this epidemic, so what is it that’s making us so allergic in our modern world?

Many theories have come and gone over the years, but now scientists think they may have discovered what’s to blame – and BBC Two’s Horizon has put this theory to the test.

Every one of us is covered head to toe with bacteria, and intriguingly scientists believe these microscopic bugs are the key to explaining why we are becoming more allergic.

Families under the microscope

The bacteria that cover our skin, line our mouths and fill our guts not only outnumber our own cells by about 10 to one but may play a vital role in training our immune systems. Changes to our lifestyles are influencing these microorganisms, and allergies are the consequence.

To see if this theory played out in the real world, Horizon put the lives of two allergic families under the microscope. 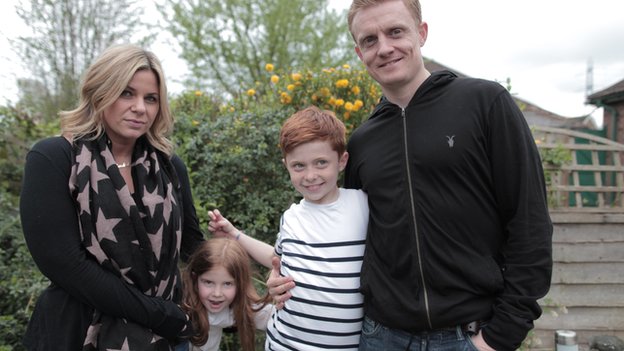 Joe with his mother Caroline, father Danny and sister Freya

In one of the families, eight-year-old Joe suffers from severe asthma, hay fever, eczema, and nut, pet and dust mite allergies.

In the other, four-year-old Morgan’s list of allergies is seemingly endless. Along with severe eczema and hay fever, he is allergic to dairy products, nuts, soya, kiwi fruit, avocado, banana, latex, cats, dogs and horses.

Both families gamely agreed to provide bacterial swabs of their skin, guts and even their homes in the hope they might offer clues about why they suffer from allergies.

The most common allergies

The results were incredible. Like most of us in the Western world, the families had far fewer types of bacteria living in and on them when compared with people in traditional tribes in parts of the developing world. One hunter-gatherer community was found to not only have a higher diversity of bacteria, but only one in 1,500 suffered from an allergy – compared with one in three in the UK.

Life in the West appears to be changing our bacteria and susceptibility to allergy. But what is it about the Western lifestyle that is to blame?

There are likely to be many culprits, but a big factor could be how we are bringing up our children.

Today a quarter of babies in the UK are born by Caesarean section. That is a significant statistic in light of a Norwegian study that found Caesarean babies were 52% more likely to suffer from asthma than those born vaginally.

Scientists believe the bacteria that babies are exposed to in the birth canal somehow help protect them from allergies, and the rise in Caesarean births may be making children more allergic.

But the assault on their bacteria appears to continue as they grow up. Breast milk is now known to contain up to 900 species of bacteria, possibly explaining why exclusively breast-fed babies are less likely to suffer from allergies.

One of the greatest threats to allergy-protecting bacteria comes from antibiotics. These medicines, meant to protect us, often severely reduce our harmless friendly bacteria.

Researchers at King’s College London and Guy’s and St Thomas’ NHS Foundation Trust, together with the University of Nottingham and Aberdeen Royal Infirmary, found that the use of antibiotics in early life may increase the risk of developing eczema by 40%.

There is no doubt that children today are being exposed to fewer bacteria than they were in the past, and they are suffering more allergies.

But it is not just the way our children are born that impacts their bacteria. How they are brought up also makes a difference. 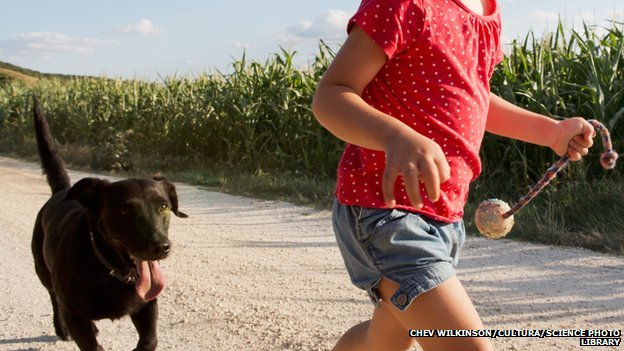 As Horizon tracked the movements of the two families over 24 hours, it discovered that they spent on average 91% of their days indoors – a pattern reflected across the UK. As our lives become increasingly sedentary we miss out on the vast array of bacteria that lurk in our gardens and waft through the air.

So, arguably, the easiest thing for all of us to do to reduce our chances of becoming allergic is to go outside. Whether it is walking the dog or strolling to school, the evidence suggests that being outside and taking a good deep breath of fresh air is good for you.

One study has even found that if you have more plants and flowers around your house you are not only more likely to have a diverse array of bacteria on your skin, you are also less likely to be allergic.

Professor Graham Rook, of University College London, calls these bacteria our “old friends”, and has no doubt of their importance to our health.

He says: “In a way, this realisation that humans are in fact ecosystems and that we depend so much on these microorganisms is probably the most important advance in medicine in the last hundred years.”

The discovery that “friendly” bacteria shape our immune systems is revolutionary, and as Horizon explores the latest research in this field it will make you reconsider everything from what you eat to how your body works.

If you want to find out more about what you can do to reduce you or your children’s chances of becoming allergic watch Horizon – Allergies: Modern Life and Me, broadcast on BBC Two at 9pm on Wednesday, 27 August.