Why every athlete should do yoga 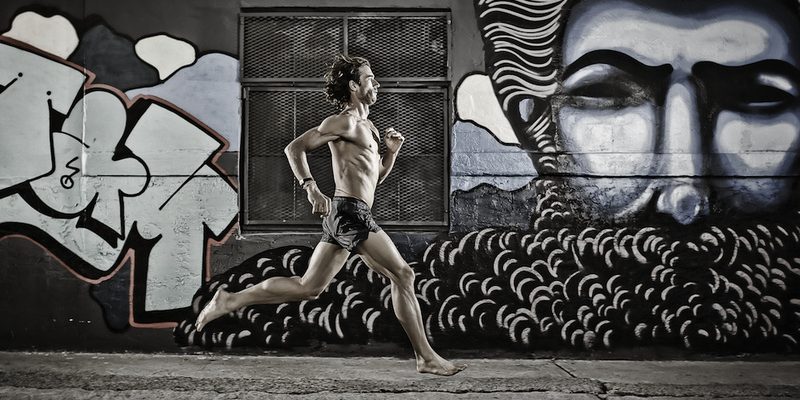 This is a great article about the benefits of yoga that would melt the toughest cynic. It supports another article which I wrote which will be published here soon

Just the other day I was having dinner with an old swimming buddy of mine, Mark Henderson, a former world record holder and Olympic Gold Medalist in the 4×100 Medley Relay at the Atlanta Games. In other words, a phenomenal athlete.

Sure, we talked about swimming. Then our conversation turned (quite unexpectedly) to yoga. Mark had begun practicing recently and was amazed by the results – increased strength, presence of mind and improved sleep, to name a few. The list goes on.

Almost simultaneously, we spurted out the same lament: “Why didn’t we do this when we were competing!?” In truth, I wish I had discovered yoga during my prime swimming years back in the 1980’s. Because there is no doubt in my mind that it would have made me a much better athlete, not to mention human being.

Thankfully, I discovered it many years later. And it has improved my life in amazing and unpredictable ways – not just with respect to my career as a middle-aged ultra-distance triathlete, but in countless areas of my life.

In my opinion, EVERY athlete – irrespective of sport or discipline – has the potential to enhance his or her ability by adopting a consistent yoga practice. I’d go so far as to say that if you’re not practicing yoga, you’re competing at a disadvantage and missing an opportunity to enhance peak performance. Here are a few benefits I have reaped:

2. Balance: As a swimmer, I have always been rather flexible. But my balance is historically horrible. But through a consistent yoga practice, my coordination and balance have improved immensely. Why is this important? Better balance and coordination means enhanced control over how I move my body, which in turn leads to better technique and form — the brass ring every athlete spends a career refining, whether your focus is a swim stroke, golf swing, running stride, jump shot or wrestling move.

3. Flexibility: Yoga invariably improves joint and muscular flexibility, which is crucial to the body’s overall structural soundness. Enhanced joint and muscle pliancy translates to greater range of motion, or an increase in the performance latitude for a particular movement or series of movements. For example, a swimmer with supple shoulder and hip joints is able to capture and pull more water than a swimmer with a more limited range of motion. The result is more forward movement per stroke as well as enhanced muscular economy. In turn, this increased range of motion provides a greater ability to strength condition a particular muscle group due to the amelioration in overall force that can be exerted with each movement. And although there is some dispute about the advisability of “over” stretching (for runners in particular), I remain a huge advocate, finding that the more I work to maintain my flexibility (something that wanes with age), the less likely I am to suffer an overuse injury.

4. Mental Control: The physical benefits of yoga for the athlete are huge. But they’re nothing in comparison to the more ephemeral benefits. Most people, particularly athletes, tend to think of yoga as a great “workout” – a means to tighten the core, flatten the stomach and tone that butt. Sure, it does that. But as soon as the rigorous portion of the class comes to a close and it’s time for savasana (corpse pose), otherwise known as the meditative portion of the session where the student lies down on his or her back for a period of quiet meditation, I watch people flee for the door, ducking out early under the false belief that this most important asana is optional and unnecessary – the hard work is done.

Not only are these people wrong, they’re missing the point of yoga entirely. Because savasana is where the magic happens. Deprive yourself of this experience and you are missing out on the best and most beneficial part of the practice. From a traditionalist point of view, the series of physically challenging yoga asanas were originally designed for a specific purpose that has nothing to do with the strength or flexibility. Instead, they were conceived and organized solely as a means to prepare the mind and body to reap maximum benefit from the important meditation that follows, which, taken as a whole, is a routine designed not to give you a nice butt, but to improve your ability to quell, quiet and control the impulses of the mind — to clean mental house, center focus and promote serenity by silencing the endless and seemingly unmanageable mental chatter that invades our daily experience and undermines the expression of our “best self” within.

In other words, savasana is the most important part of the practice for the athlete (and everyone). Why? Because the mind is a mysterious contraption, more often than not an actual enemy, constantly impulsing us with negative and fear-based signals that keep us trapped, afraid and all too often paralyzed to unlock the dormant and untapped potential within that is yearning to come out.

What does this have to do with athletic performance? Everything. When you look at the highest levels of sport, all the athletes are incredibly talented. They all train equally hard.

So what distinguishes the Olympic champion from the also-ran? The mind.

The guy or girl who wins typically knows he/she is going to win. Unrestrained by fear, free from negative thought patterns, and laser focused, I think it’s fair to submit that the champion athlete most likely has enhanced dominion over his/her thoughts when compared to his/her competitors, able to leverage it’s incredible power to focus entirely on the task at hand and remain thoroughly rooted in the present moment without the invasion of unhelpful thought patterns. They visualize success so completely that it literally becomes a foregone conclusion. Much like a muscle, the mind can be trained. And consistent practice of the asanas when followed up with proper savasana is the best way I have found to not only improve my sleep, reduce stress, quell negative mental chatter, and manage (and walk through) fear, it informs my entire approach to training and racing. And has made all the difference in helping me achieve some rather fantastical athletic goals that seemed not only far beyond my capabilities, but almost impossible from any objective or logical perspective.

5. I Met My Wife In Yoga: The biggest benefit I have reaped from yoga? 14 years ago I met my wife in a yoga class. We’ve been together ever since. Not only is she a fantastic yoga teacher, she has been instrumental in making me a better man and a better athlete. So there you go. Don’t underestimate the extent to which yoga can change your life — you just never know.

Looking for an athletic edge? This is it. So get on it, before your rival does.