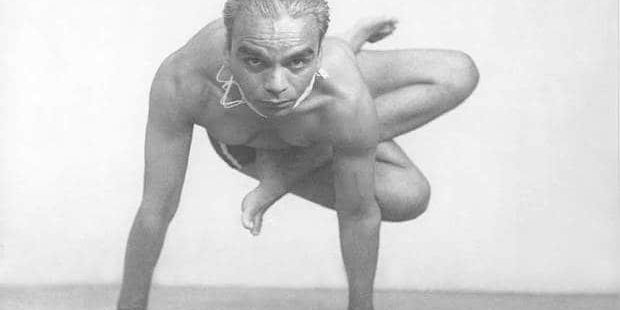 BKS Iyengar was an Indian yoga teacher who popularised the 3,000-year-old practice among disciples across the world after ‘retuning’ the violinist Yehudi Menuhin

BKS Iyengar, who has died aged 95, was credited with bringing the 3,000-year-old oral tradition and physical practice of yoga to the West; he promoted a system, notable for its use of props and its step-by-step approach to the “asanas” (yoga positions), which is now the most widely practised form of the discipline in the world.

The seeds of his popularity were sown in 1952 during a chance meeting with Yehudi Menuhin. The violinist had been suffering from the sort of muscular and skeletal aches and pains that had ruined the career of many a string player, and was finding it difficult to relax or sleep. On a visit to India that year he was introduced by an Indian friend to Iyengar, and after a few sessions of yoga Menuhin found his bowing arm had become much less stiff and he was able to relax.

Menuhin became a fervent Iyengar disciple, describing him as “my best violin teacher”. As well as using his new discipline on one famous occasion to conduct the opening of Beethoven’s Fifth Symphony with his feet while standing on his head, he invited Iyengar to teach in Switzerland, and introduced him to his students in London, to other artists, and to royalty.

Iyengar went on to build up an international following among dancers, film stars, politicians, writers (including Aldous Huxley), sports stars and even, in 1958, the 85-year-old Queen Mother of Belgium, whom he taught to stand on her head: “Once she’d done it, I taught her gardener to help her up,” he recalled.

But Iyengar himself had originally turned to yoga to find a solution to the health problems from which he had suffered as a child, and he wanted ordinary people to benefit too. He was among the first to promote the therapeutic applications of yoga as a natural preventive and cure for serious medical conditions, helping to widen access to a discipline of mind and body which had previously been seen as exclusive if not incomprehensible.

He developed his own style, perfecting it by practising it himself before teaching it to his disciples. He introduced the concept of teaching yoga to groups, and promoted the idea of women doing yoga, even during pregnancy. Though he put a premium on precise body alignment, he worked to adapt the asanas so that they could be practised by people with limited mobility. He was the first to introduce simple props such as ropes, belts, wooden blocks and bolsters to enable the elderly and less fit to maintain classical postures correctly and safely. The Iyengar form of yoga is now often employed by physiotherapists treating people with spinal injuries and back problems to recover full movement.

Iyengar’s manual Light on Yoga, published in 1966 with a foreword by Yehudi Menuhin, has been translated into 18 languages and has gone into nearly 60 editions. Illustrated with hundreds of close-up photographs of the guru demonstrating poses designed to help different parts of the body, it was the first ever yoga instruction book to attempt to marry theory with practice.

From 1975, the establishment of the Ramamani Iyengar Memorial Yoga Institute in Pune, India (named in honour of Iyengar’s wife, who died in 1973), attracted student yoga teachers from around the globe and led to the founding of some 1,500 Iyengar yoga centres in more than 70 countries.

In 2004 Time magazine included Iyengar on a list of “100 People Who Shape Our World”. But, as Iyengar recalled in his 2005 book Light on Life: The Yoga Journey to Wholeness, Inner Peace, and Ultimate Freedom, this was quite a contrast to the attitude that had prevailed when he first visited the United States nearly 50 years earlier, in 1956. Then, people had dismissed him as a contortionist, and he remembered getting sceptical stares from people who thought yoga was only for cranks.

BKS Iyengar at his Yoga Institute in Pune, Maharasht in 2007

Bellur Krishnamachar Sundararaja Iyengar was born on December 14 1918 into a large but poor Brahmin family at Bellur in the Indian state of Karnataka. A sickly child, he suffered constant bouts of malaria, typhoid and tuberculosis. Doctors predicted that he would not live to see his 21st birthday.

In his teens he noticed that people who practised yoga seemed much less prone to illness than those who did not; so at the age of 16 he decided to give it a try. His brother-in-law, T Krishnamacharya, was a yoga teacher, and the young Iyengar began studying the asanas under his guidance.

Krishnamacharya pushed his nephew to such extremes that he sometimes tore ligaments (later Iyengar would work with medical experts to attune his system to the body’s physical limits); yet Iyengar insisted that, thanks to yoga, he had been ill only once as an adult, when he developed a bad cough in the 1980s as a result of inhaling fibres from a blanket.

After two years’ training, Iyengar began to tour India with his brother-in-law giving demonstrations. On one tour he was invited to teach yoga at the Deccan Gymkhana in Pune. It was there that he began to develop his system.

To maintain the integrity of Iyengar yoga, Iyengar developed a rigorous process of certification for teachers which emphasised injury prevention. “The art of teaching is also to know when to stop,” he wrote. He had little time for models, such as Christy Turlington, promoting ranges of yoga-based products. “It is good when people want to be better, physically, morally, spiritually, intellectually. But a fashion? No! Yoga is a painful art. It’s not like dance or music, where the person watching gets pleasure. Only the person doing it finds joy. It has nothing to do with externals.”

In later life he handed the day-to-day running of his Pune institute to his children Geeta and Prashant; but he remained involved, travelling around the world and giving classes until late last year. Even at the age of 95 he claimed that there was not a single asana, from headstands to vertical splits, that he could no longer perform. “If you have the right mind, your body can do anything,” he maintained.

Iyengar married his wife, Ramamani, in 1943 in an arranged marriage. Their son and five daughters survive him.